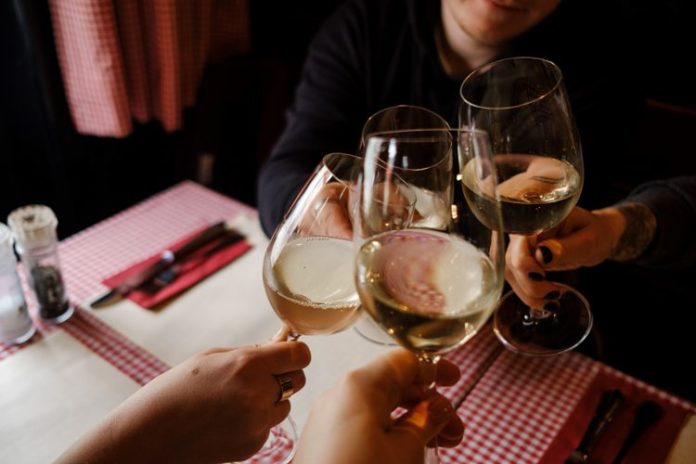 When we met with Daniel straight away we understood that we were not a standard couple. Something was pretty clear from day one, normal sex won’t be enough for us. We both would like to have something more. I have started to talk or, I guess, fantasize during sex about being with someone else. I started by talking about another girl joining in with us, knowing that it is every guy’s fantasy and I have to admit that thinking about Daniel fucking another girl did turn me on secretly. I think Daniel figured it out very quickly though when he saw how wet I got when talking about different scenarios, including another couple with us, although I never admitted to him that it turns me on. After talking about naughty and kinky scenarios for a while, Daniel mentioned several times that we should actually try doing some of the fantasies we had. Daniel had already some experience from his past swinging lifestyle, but for me, it was something new and extremely exciting! Obviously, I was worried about my own reaction. Am I going to be jealous? What if it won’t be good for our relationship? I had so many doubts…

Finally, the magic day when our fantasies came true finally arrived. Daniel asked if we could meet a couple that he already had experience with. The couple – Suzi and Tom seemed very attractive and sensual from the pictures and our online chat. I loved Daniel’s story on how he had fun with them in the swinger club, whenever he was mentioning it I was getting wet!
We decided to meet the couple for a dinner and check if there will be the right chemistry between us.
I was a bit nervous about this new situation, but the glass (or maybe two) of a good wine helped me to relax. We all laughed and joked back and forth as the sexual tension built up between us. I knew that we were going to have a good night. I loved everything about Suzi, her fit body, very nice ass, and smile. She was very confident and sexy. Whenever she talked to me, my pussy was tingling and I could feel my juices flowing. I didn’t feel the same towards Tom, but the chemistry between Suzi and me covered for that. I wanted to see her naked and I wanted to see her together with Daniel!
When we left the restaurant we decided to invite Suzi and Tom for a drink in our apartment. We all knew what was going to happen next.

Our partners were sitting on the sofa next to each other, holding their drinks and they both had their mouths wide open staring at us. I smiled at them and then began to suck Suzie’s nipple. She moaned in satisfaction and I pushed her back on the bed. All I could think of at the moment was that I wanted my dress off and my body to be touched, but I didn’t want to move from Suzie and ruin the moment. I pulled the top of my dress down to expose my breasts and also pulled the bottom part of my dress up to completely expose myself to Daniel and Tom as I continued licking Suzi’s breast and sucking her nipple. I was rewarded when I felt that one of the boys was fingering me. To be honest, I didn’t care who it was. I remained in the bent-over position as I was being fingered and I undressed Suzi. I unsnapped her bra to release her beautiful breasts. I sucked both of her pink nipples and paused several times to kiss her. Suzie returned the favor sucking my nipples. I noticed that one of the boys was now fingering her also. I asked Daniel if he had brought a condom with him and I heard him say yes. In a second he put it on and started fucking Suzie. His cock looked so good in her!! After about five minutes, Daniel slipped his cock inside of me and began pounding me. I pressed back in pleasure and closed my eyes. Suzie was holding my hair up and asking me if I felt good. I had never in my life been so turned on and I couldn’t even describe in words how good I felt. Suzie started to pull on my hair tight, causing my neck to tilt back and then I cum. It was like Suzie knew my inner thoughts and desires, the connection between us was really strong. When she took control of me by pulling my hair at that right moment, it was the most intense orgasm I have ever had!! Daniel slowed down to let me enjoy my climax. I felt my entire body shaking and my juices didn’t seem to stop flowing. Suzie held me as I came and she was kissing my face all over. I couldn’t speak and my body was reacting like never before. After a few minutes, I finally calmed down from my high and rested my head next to Suzie. Then she suddenly yelled out “that’s it, eat my pussy”. She was moaning in ecstasy for minutes when she also climaxed on her partner’s tongue. I held her head and kissed her face all over.
If you think that it is over! The hottest is yet to come.

After my rest, Tom opened my legs and slid his cock inside of me. I didn’t feel a different cock than Daniel’s for a long time. I was being fucked by another man and I saw my partner was just sitting and watching how Tom fucks me. Suzie got up on her knees and ordered Daniel to come over and lie down. She slid down onto his hardness and started riding him slowly. Tom was still fucking me, but my focus was locked onto Suzie fucking my Daniel! Tom must have picked up on it because he pulled out, lied down next to me, and said let’s watch together. I couldn’t agree more. Suzi was beautiful. I admired her perfect body and watched Daniel’s hands holding her breasts and playing with her nipples. Suzie said loudly “I love your cock Tom” and not a second later she let out a scream and dropped her head. She rotated her hips in a circular motion as she came. We all watched Suzie cum.
Then Tom positioned me on my back with my head resting on Daniel’s chest. I pulled my legs wide open for him, he put one arm on each side of me to hold himself up again and he fucked me with force. I felt his balls slapping my ass, which I loved. Next to me, I heard Daniel let out a groan as I assumed he was now cumming. My senses were heightening again as I felt another orgasm on the way. Tom was like a machine, fucking me non-stop with authority. All I did was focus on his balls hitting my ass. Once again I came. The orgasm wasn’t anywhere near the intensity of the first but was still more intense than usual. As my body began to relax, Tom suddenly buried himself completely inside of me and held his cock there. I felt his cock swell and then I felt that he came. I closed my eyes and focused all my attention on the feeling of his cock. His cock was a little fatter but for sure smaller than Daniel’s.

Suzie then started cleaning Daniel’s cock. She ran her tongue up and down his cock was still hard. I watched in amazement. I quickly went to Tom and proceeded to clean his cock. I followed Suzi’s technique. I have to admit that I looked at her like she was a rock star. Suzie’s skills and sexual energy were on a different level. We finished cleaning up each other’s man and we all collapsed onto the bed together.

Nobody got dressed and we all just laid there caressing and holding each other.
We were all talking and laughing and there was never a moment of awkwardness. It was like we had known each other for years. We talked about everything from world events, to sex, to movies, to work and everything in between.
When Suzi and Tom left our apartment Daniel asked me if I was okay. I told him that I was great and asked him the same. Daniel also said he was great and we didn’t talk any further about what we had just experienced.

Our new experience spiced up our relationship and our bond became strongest than ever. We had an amazing secret together!
On another note, we became great friends with Suzie and Tom and I can write another few spicy stories about our meetings!
I’m wet just from writing this, so I’m going to pleasure myself once again and send Daniel the picture. He loves it, very often he is busy with his work or trading Crypto on Binance, and when he hears the notification of a message coming from me… he knows what is about to happen so… I will do it rightnow… sweet horny torment.