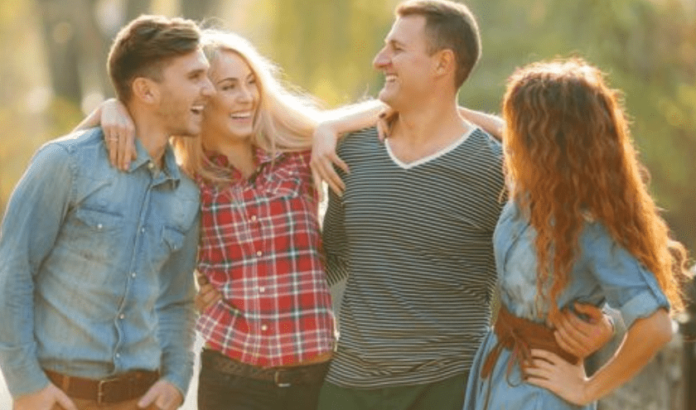 A polyamorous relationship can be manifested in a number of different ways. It’s very similar to standard swinging, but it has a few differences here and there that make it stand out. We’re going to go through everything that you need to know about polyamorous relationships so that if you’re considering embarking on one, you’ll be well prepared. Just remember, it’s slightly different to regular swinging, so don’t expect to be able to jump in with both feet and enjoy an easy transition, you will have to make some adjustments to your life in order to be fully up to speed with how things work.

How do Polyamorous Relationships Work?

What is central to polyamory is that it’s based more on a loving connection than a purely sexual one. For example, swinging is often purely a sexual connection that lasts no longer than the liaison itself. However, polyamory can be completely without sex in some cases. It could involve an emotional connection rather than a physical one, with partners enjoying the company of each other without taking it to a more physical level.

Most polyamorous relationships are carried out with 3 partners but it can be more than this if everyone is in agreement. The whole concept of polyamory is based on consent and trust. It’s very different to cheating which is carried out with deception and without consent.

There are two main ways that a polyamorous relationship can be split up. The first is with the partners all having an equal weight in the relationship. In this situation, all partners would usually have the same living arrangements. So this would either be sharing the same living space or living in their own places and just meeting up as other non-cohabiting partners would. It’s not always like this as the financial situation of everyone might require a different approach. If it is a sexual relationship then it won’t be constant group sex as some people might believe. It might sometimes be group sex, but it also might be sex between just two of the partners. It will be agreed upon by everyone how the physical side of the relationship will work to ensure that there are no disagreements or jealousy.

Can a 3 Person Relationship Work?

Because there are 3 people involved in this relationship it does mean that there are more people to keep happy. If one of the people involved is not happy then this can potentially sour things between the other two who might be happy. This is why it’s extremely important to be completely honest and open with each other from the start. If there are secrets being kept, then it won’t take long for them to be revealed. This can then cause issues which can cause the relationship to unravel.

Communication is also extremely important when involved in a 3 person relationship. If there are issues that you are dealing with and you keep them to yourself then it won’t take long for them to bubble up and become large issues. This is also the case with anyone else involved in the relationship. As long as everyone communicates with each other then any potential problems can be resolved quickly and easily.

How can I be Happy in a Polyamorous Relationship?

Being happy in a polyamorous relationship is as much down to yourself as it is to anything else. Your first step will be to ensure that you are honest and willing to communicate as we have already laid out. This is the foundation of any relationship, but for a polyamorous relationship it’s even more important because more people means more potential issues. You should not keep anything away from anyone else involved in the relationship and should also be willing to talk through any problems. This will help the relationship to build a solid foundation and will increase the chances of everyone involved being completely happy. However, that’s not all that you need to do in order to increase your chances of happiness.

You will also have to be willing to trust the other people in the relationship. If you’re not a trusting person then this will cause jealousy issues and lead to the breakdown of everything. This includes ensuring that there is consent involved with everything that you do, talking about any potential new partners and making sure that any physical aspects of the relationship involve safe sex.

It’s also important to be respectful. This doesn’t just count in relation to your partner or partners, but it also counts to any partners of your partner and to yourself. If you don’t show respect then no relationship will work for you no matter how many partners are involved. Imagine how you feel when people don’t care about your feelings. If you’re being inconsiderate and disrespectful to your partners then it won’t take long for things to start breaking down. On the flip side, if you’re being treated in a disrespectful manner and you continue to allow it to happen, then this isn’t showing respect to yourself. It won’t take long for your happiness to dissipate. If you’re unhappy in the relationship then it will either fall apart or you’ll be miserable your whole life.

That’s not to say that polyamory doesn’t throw up other issues that traditional relationships might not. The increased number of people does mean that there is potential for more problems. Even the most laid back people can still suffer from jealousy, especially if a new partner seems to elicit more attention from an existing partner. This is why it’s important to understand that everyone is fully consenting and totally aware of how the relationship will work from the outset.

It’s safe to say that if you enter into a polyamorous relationship with your eyes open and understanding what it will entail then it can be an extremely successful way to live. If you have found the right people to spend your life with then living a polyamorous relationship offers the opportunity for your life to be enriched with more love and devotion than a traditional relationship is able to offer. Of course, finding the right people isn’t as easy as it sounds otherwise everyone in the world would be happy all of the time.

How to Meet Swingers?

What is a Hotwife?

Swingers: all you need to know