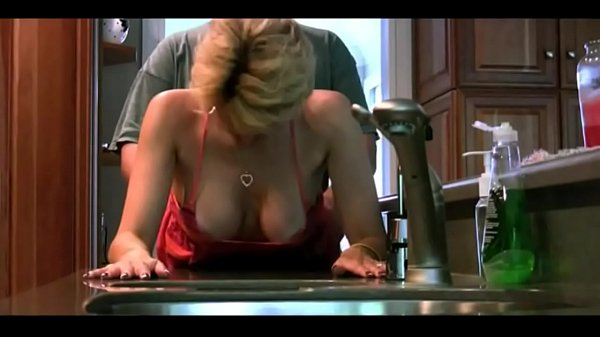 A hotwife is one of the most confusing aspects in the whole swinging world. It’s absolutely not to be confused with a hot wife. This is basically just a wife that is hot. A hotwife is a very different thing. It’s essentially a form of swinging, but it has some distinct rules that make it stand out from swinging and help it to become a separate activity. Broadly speaking a hotwife will be happily married to her husband, but it’s accepted that from time to time she will spend a night with a different lover. There are a lot of different ways that a hotwife scenario can work, but in general the husband will remain monogamous, as his sexual pleasure is derived from other people finding his wife sexually desirable. Of course, every couple can set their own rules and there’s a lot more detail involved in a hotwife relationship. So we’re going to go over the most important aspects that you need to know about.

How to be a Hotwife?

Unlike a lot of other areas of swinging there actually is a little bit of data surrounding the hotwife lifestyle. While this is obviously not the case for every hotwife relationship, the data has found that most hotwives have been married for around 10 years and are classified as middle to upper class. They usually have a degree, so are seen as educated, and often have a well-paying job, so they haven’t just married into money. Again, while this is the most common subset that hotwives fall into, it certainly isn’t the only bracket that you can expect to find a hotwife in.

While there are a number of different ways that a hotwife relationship can be carried out, there is a general consensus that the husband is a monogamous partner. Some relationships may see this differently, (for example in our relationship we man is not a monogamous partner), but this wouldn’t technically be seen as a hotwife relationship. It mainly works by the hotwife having different sexual partners that are chosen by both the husband and the wife. This can be a single lover that is in place over many years, or it could be with different lovers so that an emotional attachment is never created.

It’s often the case that the husband will be on the lookout for potential sexual partners for his wife and may even introduce his wife to a new lover. It should also be noted that this is different to cuckolding, as this is when the husband watches his wife making love to someone else. In a hotwife relationship, she will carry out her extramarital love life outside of the marital home and the husband won’t be involved in them. As already mentioned, the husband is faithful and is not a part of the wife taking other lovers.

How to Train a Hotwife?

Training a hotwife is generally quite an easy process. As this is something that both the husband and wife will want, it doesn’t really require much training. It’s more a setting of rules and boundaries to ensure that everyone is happy with the situation. What many people don’t understand about a hotwife relationship is that the husband actually gets as much out of it as the wife does. While the wife is taking other lovers, the husband actually gets sexual stimulation from this. It means that while the wife is out enjoying a physical interaction with a lover, the husband will be waiting at home for the wife to return. This is why the rules will need to be laid out beforehand.

The rules for each different hotwife relationship will differ between each couple, but here are some of the more common ones that can be in place.

This will usually mean using condoms to ensure that the risk of STI is minimal. However, some couples find unprotected sex a sexual stimulant. In this situation it would mean that additional levels of protection would need to be carried out, such as regular testing and making sure that any lovers were also being safe. While unprotected sex with multiple partners isn’t something that should be recommended, if measures are taken then the risks can be reduced somewhat.

If you’re a jealous person then a hotwife relationship isn’t for you. Keep your jealousy away so that you can truly enjoy the hotwife relationship. Remember it’s all about the fact no matter who the wife spends her time with, she always comes back to the husband. That’s generally the turn on for men. The ability to reclaim their wife from the clutches of someone else.

If the hotwife starts to develop real feelings for a lover, feelings that rival her feelings for her husband, then it’s best to cut off that particular lover. The whole point of the hotwife relationship is that her husband is her number one. If a lover starts to become as important, then it can ruin the entire premise of what everyone is going through.

How to make a Wife a Hotwife?

Making your wife a hotwife is plainly a simple task of asking her if she would enjoy it. While it might be a huge turn on to the husband, if the wife doesn’t want to do it then it would be unfair to try and push her into it. Just bring up the topic in conversation, talk about fantasies, mention how you would like the thought of another man pleasing her, but once she is done she comes back to you.

Talk about how you think she is so beautiful that it’s unfair for you to be selfish and keep her locked up all to yourself. Remind her that while she might be seeing other men, the true turn on in this situation is that no other man is able to truly take her away from him. Other men find the wife attractive but she still comes back to the husband, so he must be something special if she keeps coming back.

If she reacts positively to this then you can get started on working out your rules for your hotwife relationship. Remember, you can’t force her into it, but if she shows an interest when you mention it then it’s possible for you to be able to persuade her to become a hotwife.

How Common is being a Hotwife?

It’s difficult to truly say how common hotwife relationships are. This is because there hasn’t been a huge amount of data on all couples. There is data on hotwife relationships, but not in relation to all other relationships out there. However, we can make some assumptions based on data that we do have available. For example, over the course of a number of studies we found that 50% of people in relationships said that they have cheated at some point in the relationship. On top of this, almost 70% of women and almost 75% of men said they would cheat if they knew they could get away with it.

As with swinging it’s quite likely that hotwife relationships are on the rise. Sexual freedom is something that has grown exponentially with the dawn of the internet. Just as the 60s were the original sexual awakening, the 2020s and beyond could be the second wave for many in the hotwife community.

What is a Hotwife Relationship?

It’s important to make sure that you’re aware of this, as it isn’t fair to claim you have a hotwife relationship if you’re not sticking to the main rule that’s in place. Other than that specific foundation then you can generally use any other rules that you and your partner see fit.

How to Meet Swingers?

What is a Polyamorous Relationship?

Swingers: all you need to know